After the launch of the new iOS Application three months ago, we’ve been working hard on the new Android application too.

So since on the survey we’re currently running, the request for a new Android app was at the top of the list, we thought we should give a sneak peak at how the new application will look like. 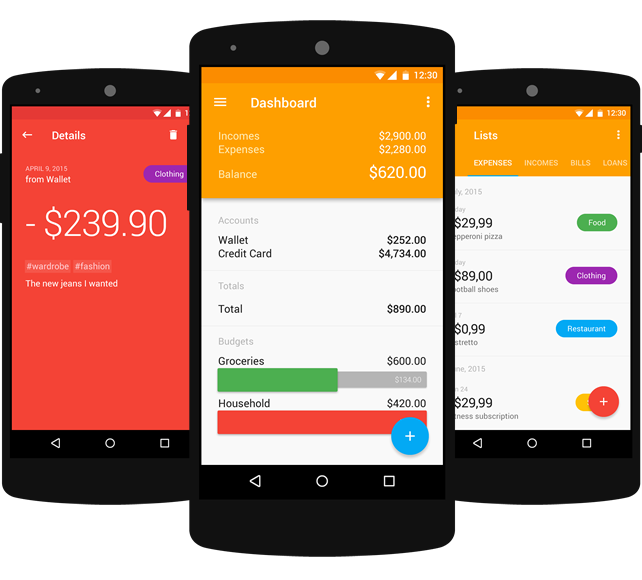 The backbone of the new design is Google’s Material Design philosophy, which we’re completely sold on. The new application will adhere to Google’s design principles as much as possible, starting from the slide in menu and continuing with the big + icon to add transactions.

The first new version of the Android application will do everything the current Android app does, plus loans and reports, and after that we’ll start adding all the other bells and whistles.

We don’t have a final deadline for the launch, but we’re aiming for the end of August.